Hover over the picture and use the arrows to to flick through the gallery. You can also click on the image (or here) to get to the full album.

Scroll down below the image for some reviews! 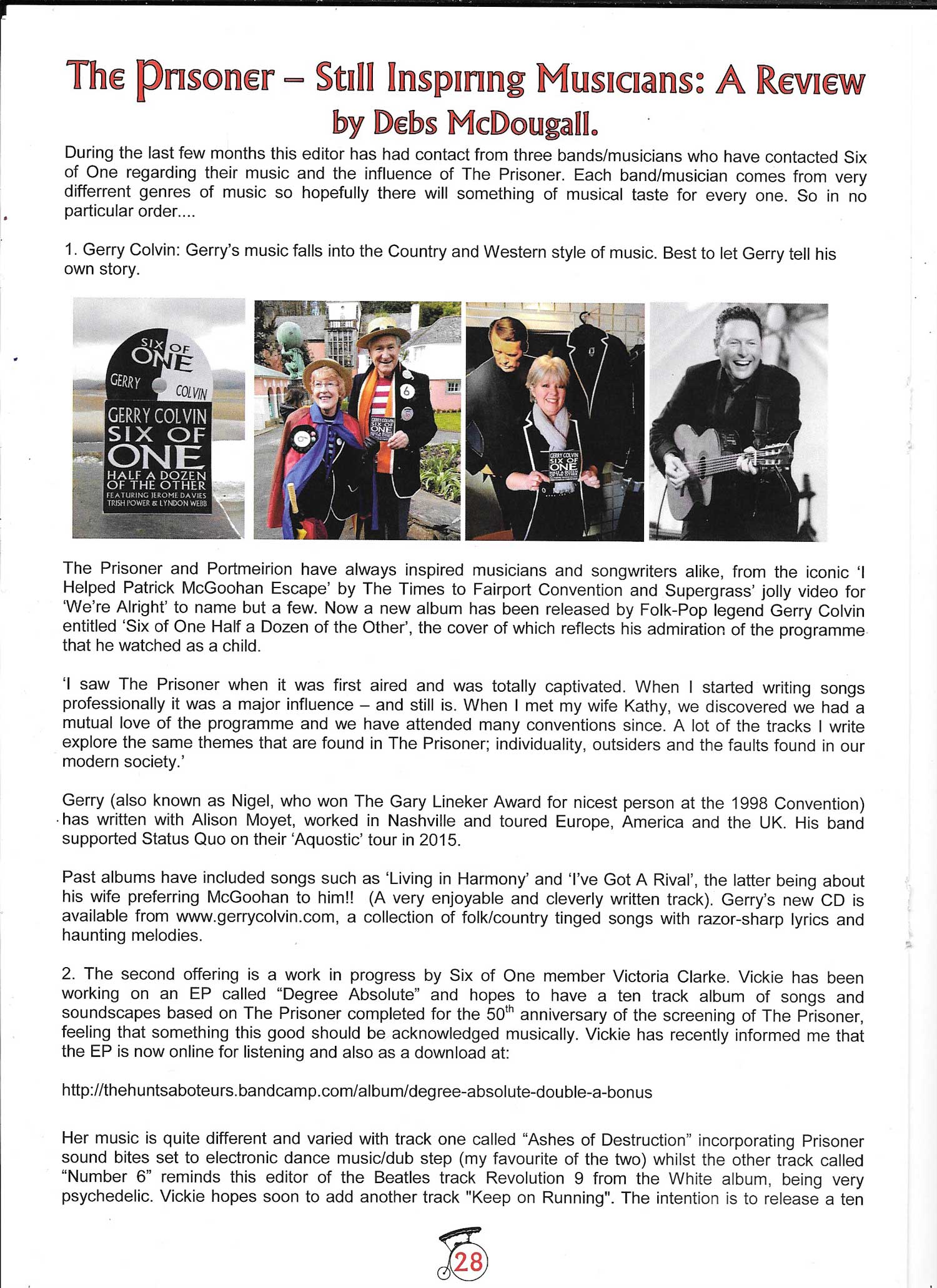 
All night people had been asking me “what are you going to say about tonight’s act?” I of course answered that I had it covered – no problem. Well here I am – they were right. How do I explain the phenomenon that is Gerry Colvin? Humorous – yes. Talented musician – yes. Excellent songwriter – yes. Okay so he is accompanied by three other talented musicians; Jerome Davies on Double Bass; Lyndon Webb on Mandolin and Guitar; Trish Feelan on accordion. Together they are excellent but as happened several times throughout the evening each one of them supported Gerry singly and created a whole different feel to the music again. I have to mention particularly one number which feature Gerry and Jerome on bass. I don’t have the words I would really like to describe the song but the performance sent shivers down my spine and probably that of many others.

During the evening I could have been listening to music in a folk club; a country and western club; a little jazz club on the left bank in Paris and so many other places. We heard songs entitled; God in A Bar; Go and Ask Somebody Else; The 9th Song; Johnny Cash’s Shirt; The Waiting Room and title wise, my favourite could have been, “Dad You Complete Bastard” but it had to be changed to “Feathers Falling from Angels” as it was still inside the watershed. Pity that. I should also mention House of the Setting Sun; Dirt and the wonderful encore which was One More Week requested by fans who had travelled two hours or more to see the band. Glad they did now.

But all this is only one quarter of the Gerry Colvin that I saw tonight the rest really does remain very difficult to explain. Whatever I say cannot possibly convey the man but here goes. Great voice; wicked sense of humour; enthusiastic; energetic beyond belief but also able to produce songs which encompass all that and a poignancy and understanding of some difficult sensitive subjects. He is above all deeply appreciative of the part his audience plays in the evening and of the efforts of his band as an ensemble and as individuals. I lost count of the number of times he said “Thank You”.

Perhaps that it where I should end. I usually say something like a wonderful time was had by all. And it was. If you missed this evening I am sorry for you but I recommend that you take any chance you get to see Gerry Colvin. He was “Inexplicable”.
REVIEW


Following on from the demise of Colvin Quarmby, GERRY COLVIN returns with a new band (Jerome Davis on double bass, Lyndon Webb on guitar, Michael Keelan on fiddle and Trish Keelan on accordion and backing vocals) and his second solo album, Six Of One Half A Dozen of the Other. As with its predecessor, Jazz Tales of Country Folk, it mixes up the styles, offering a cocktail of, well, jazz, country and folk in the service of songs that, as ever , run the gamut from play to poignant, personal to political. Of the latter, the slow waltzing Celtic hued The Thistle and The Rose was penned as reflection on the Scottish Referendum about the ties that bind the two nations, and references Alan Breck, the hero of Stevenson’s Kidnapped, while the lengthy The Rainbow Season is a brooding meditation on how complacency has seen a shift in the world economy and the rise of new markets in the East. On a playful note, the jaunty country sound of Johnny Cash Shirt is about the fad for collecting celebrities’ clothing, the equally countrified I’m Postponing My Rehab Till Tomorrow muses on prevarication while the frisky hoedown God In The Bar envisages the Almighty drowning his sorrows over his mistakes (kipper ties, mankind) in a heavenly honky tonk populated by the likes of Benny Hill, Dean Martin, Jeremy Corbyn, Usain Bolt and Alfred Hitchcock and a house band comprising JJ Cale, Mozart and Elvis.

The personal and poignant is movingly captured in both The Waiting Room, a song about hospital visits to his dying mother, and My Country, a sort of home thoughts from abroad celebration of England its people. Naturally, fractured relationships play a part, here in the Monkees-echoing Before addressing the yearning for the earlier days of long-term relationships while, though not in the thematic territory. By contrast, serene romantic bliss wafts over the smooth final cut The Last Two People Left On Earth Tonight, a number surely inspired by Bill Evans jazz classic The Two Lonely People. There’s not a weak track here, but I have to say my personal highlight is the album’s double bass chugging, strings swathed cascading folk-rock opener The Man With The Watch, a song inspired by the true story of a wristwatch that stopped at the exact moment his then girlfriend left him and sporting a terrific acoustic guitar Texicana middle eight. Available from his website (www.gerrycolvin.co.uk), it’s another reminder that, while he may not be a household name, he’s one of the finest writers and performers this country’s produced.


Six Of One Half A Dozen Of The Other is perhaps an odd title for a CD of ten tracks but I’m sure that Gerry Colvin won’t let that bother him. The core band here is Jerome Davies on bass and banjo, Trish Power on accordion and Lyndon Webb on guitar and mandolin with guest strings and percussion producing a sound somewhere between Americana and British folk-rock.

There is a great mix of styles and subject matter in the set. The opener, ‘The Man With The Watch’, is a philosophical contemplation on the passage of time built on a throbbing bass and Michael Keelan’s fiddle – an instrument that appears a lot – with acoustic lead guitar but the mood immediately switches with a song about the Battle of Culloden, ‘The Thistle And The Rose’. At this point you know you can’t let your attention wander lest you miss something important. ‘The Waiting Room’ is a beautiful song about a hospital visit blending the reluctance and awkwardness with compassion. If it isn’t taken up by someone on the folk club circuit, there is no justice.

‘Johnny Cash Shirt’ is the story of a musical wannabe which probably uniquely mentions King’s Lynn and which starts out with a semi-reasonable premise but gets more extreme as the song proceeds as does ‘God In The Bar’ later on. ‘I’m Postponing My Rehab ‘Til Tomorrow’ is a feeling we’ve all experienced – let’s hear it for debauchery! We pass through the nicely pastoral ‘My Country’ and end with ‘The Last Two People Left On Earth Tonight’, a surprisingly tender love song.

Six Of One Half A Dozen Of The Other is an album packed full of delights and deserves a much higher profile than I fear it will receive.